Saving a Life on an Airplane 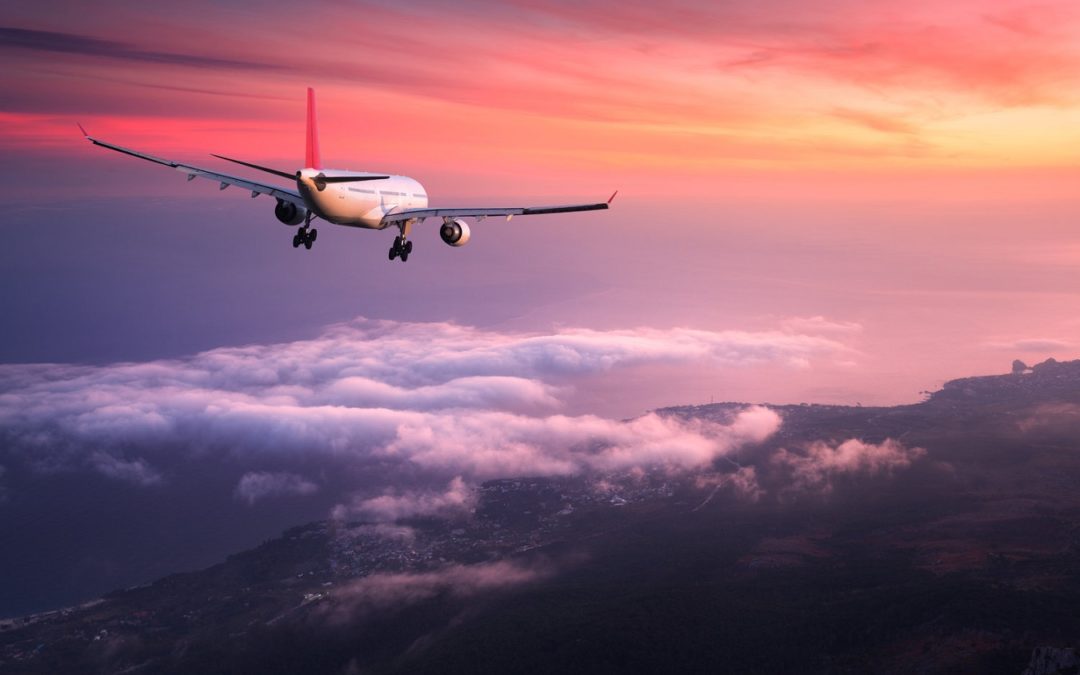 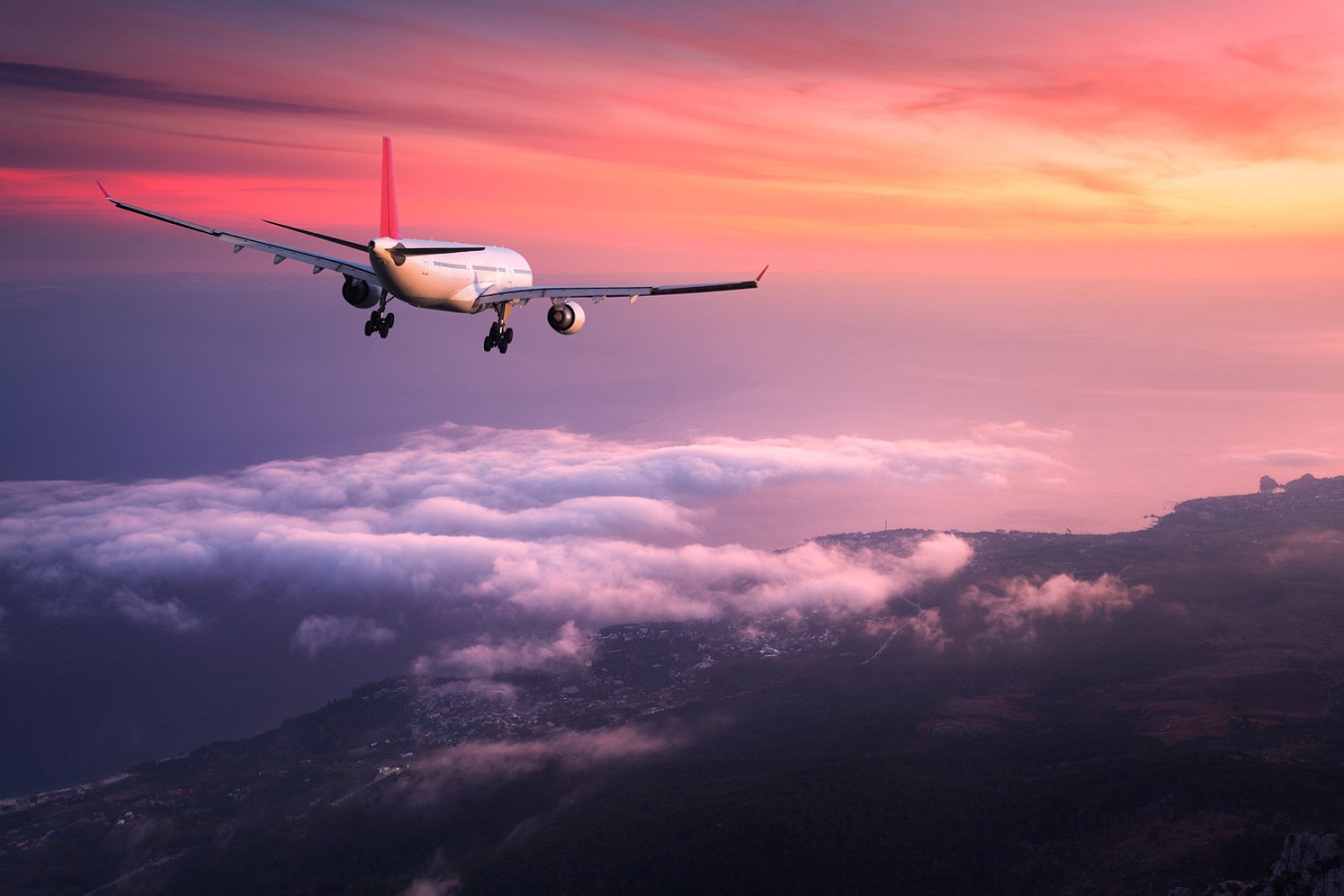 You know how you read on the news every so often of healthcare providers saving lives on airplanes?  I even read about a fellow acupuncturist not too long ago doing this.  Well, guys, I am now part of this select club!

I recently had to travel to Hawaii to take care of some family business.  (I wish it was for a vacation!)  About half way through the plane ride, a flight attendant goes on the intercom and asks for any health professional to go to the back of the plane.  I stood up and went to the back.

I walked to the back with two other big husky men, one who I believe was a paramedic, and the other a firefighter based out of Hawaii.  At the back of the plane was a woman who was red in the face, sweating, with an ice bag on her neck, looking completely shaken.  The two men had her sit down and they started taking her vitals.  They asked for her history, and it turns out she had just taken 2 doses of valium, was on birth control, was on her period, and was on a respiratory medication because her doctors thought she might have had some kind of respiratory infection recently.  She was also on East Coast time, which put it quite late for her as we were on an evening flight that night.  That’s quite a lot right there in terms of pharmaceutical load and physiological pressures being placed on the body.

Once the men were done, I quietly moved in front of them to take her pulse, and if you are my patient, you know I always tell you how your pulses are doing.  This poor woman’s pulses were extremely rapid and slippery, indicating to me that her body was in obvious distress and with her heart having to work overtime.  I always carry couple shonishin tools for emergency situations (though I never thought in a million years I would use it for this kind of emergency situation!), so I pulled out one of my small tools from my purse and started tapping PC6 and SP4 to calm her down.  It did nothing.  At this point, the woman is now starting to shake uncontrollably.  Seeing that my usual points to calm a person wasn’t doing anything, I went straight to Du26.  Instantly, her shaking stopped.  I was incredulous.  It’s a point I’ve only had to use once on another patient, but for a different reason, so to use this empirical point for a real SOS reason and to see it work was mind blowing (14 years into practicing this medicine, and there rarely goes a day where I am not in awe of what this medicine can do for the body!).  After a minute of pressing it, I let it go to see if the point was what was really stopping her shaking, and lo and behold, when I let go, her shaking came right back!  So of course I immediately went back to pressing it all the while checking her pulse.

As her pulse started to normalize, I stopped pressing Du 26, her shaking didn’t come back, and started then working some other body points to stabilize her further.  I worked on her, continuously checking her pulses for feedback.  After about 10-15 minutes of working on her body, her pulses finally stabilized enough that the redness was completely gone from her face (she was actually quite pale now), she was no longer sweating, she wasn’t shaking at all, and she was able to talk in a normal voice as opposed to being breathy from the rapid heart beat and what I assessed was a panic attack.  Her stomach pulse was still beating a little too hard, so I asked her if she’d eaten anything recently, and she said she hadn’t since lunch (and it was already around 7pm PST).  Knowing that she was on her period, I knew her panic attack was coming partially from lack of nutrients and blood sugar imbalance, both having not eaten anything and that she was losing blood, so I told her to eat something to bring back up her blood sugar levels.

Seeing that she had now stabilized, I felt my job was done, and I went back to sit down in my seat, leaving her with the two men to watch over her.

Maybe about 15 minutes later, a flight attendant comes to my seat and quietly asks me to come back to the back as the woman had started shaking again.  So I go back.  Du 26 at this point wasn’t doing anything.  She was past the point of acupressure.  I tried to have her do breathing exercises because I know with panic attacks, slowing the breath is the most powerful tool in calming the mind.  Her professed self-hypochondriac though was too strong at this point, and I couldn’t get her to calm her breath enough to have her control her body.  She was spiraling out of control, and without needles, I couldn’t do much more.

All the while, the other gentleman who I believe was a paramedic, asked her what she does to help her calm down usually when she panics, and she said she was studying mindfulness and meditation.  Bingo!  My sister was also studying mindfulness and meditation, so I quickly left the woman to go pull my sister out of her seat to come help me.  My poor sister and I were both experiencing deer in a headlights situation, as we both didn’t know what to expect at this point.

My sister started having the woman focus outwardly, on anything she saw – my sister’s face, my sister’s hair, the scarf she was wearing, the walls of the plane, the lights, etc.  Then she had the woman focus on the sensations she was feeling internally and say them out loud.  While my sister was guiding the woman through mindfulness, I once again started feeling her pulse, waiting to see a shift in it, and started pressing KD 1 to ground her mind, energy, and breath.  As my sister had the woman now start doing Inhale 4, Exhale 6 count breathing practices, the woman finally starts to calm down again and the shaking slows down.  I stayed with KD1 for a very long time.  I then went to her head and neck area, and it was still quite hot to the touch, so I put the ice pack back on them, to cool her heated head.  I also had her drink orange juice to jump her blood sugar and gave her one of my protein bars to counter the blood sugar spike from the orange juice.  She finally normalized again and her pulses were even more stable, so I knew she was stable.

During the second time of me working on her, she shared with us that she was a mother to 2 children.  Poor woman.  Between being a mom — and we all know moms never get a break, was on these medications that can affect the heart, hadn’t eaten, was on her period, and was on a long flight, and a professed anxious person, it was, as she said, the “perfect storm” for this to happen.  She was so apologetic to us and embarrassed.  We had to reassure her multiple times that we were in this business of saving lives and helping people because we want to, and that we were happy we could be there to help her.

As a former panic attack survivor, I know all too well that feeling of disempowerment when you are going through a panic attack.  You feel so helpless, isolated, and afraid.  It turns out the firefighter also suffered from anxiety, though he said he has kept it in check for many years with medication, acupuncture (yay!!), and other self help tools, so there was this real energy of empathy and support towards this woman because he and I had “been there” with anxiety.  We 4 stayed with her and lightened the talk to get her mind off what had just happened.

The woman was finally well enough to walk back to her seat, guided by the two men in front and back of her.

We landed, and last I saw was that the paramedics were there assessing the woman. I knew she was in good hands now.

Moral of the story: if you suffer from anxiety, consider learning mindfulness/meditation/breathing exercises and practice this on a daily basis.  Get regular acupuncture treatments to calm your nervous system, calm your mind and improve circulation so that your brain and heart is nourished.  If taken consistently, there are some excellent Chinese herbs to address panic attacks, such as Chai Hu Jia Long Gu Mu Li Tang or Gui Pi Tang.  Eat high quality protein and consume gelatin on a regular basis to nourish your blood.  If you are going on a plane ride,  make sure you eat well prior to getting on the plane.  That would consist of a meal heavy on protein to stabilize your blood sugar with some carbohydrates to give you the energy you need to deal with the stress of plane travel.  Hydrate throughout the plane ride and take healthy snacks like protein bars and veggie sticks to keep your blood sugar stable.  Going on a plane ride is stress-inducing even for those who aren’t prone to anxiety, but worse for anxious people, so come prepared.

Disclaimer: The information here and on the Iyashi Wellness website in general is not intended to replace a one-on-one relationship with a qualified health care professional and is not intended as medical advice. It is intended as a sharing of knowledge and information. We encourage you to make your own health care decisions based upon your research and in partnership with qualified health care professionals. These statements have not been evaluated by the Food and Drug Administration. Products are not intended to diagnose, treat, cure or prevent any disease.