The Feingold Diet For Behavioral Problems 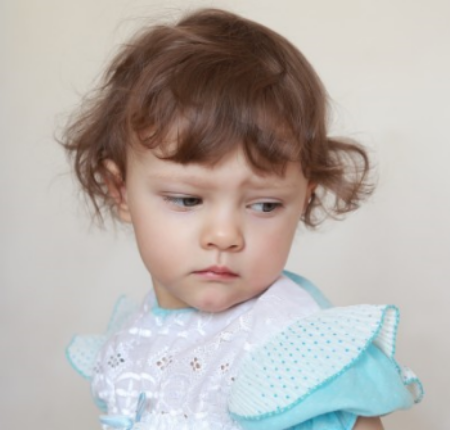 This is Part 4 of my 12-Part Series on Leaky Gut and Family Health.  Part 1: Leaky Gut: What Is it, And Do You and Your Child Have It?  Part 2:  Leaky Gut According to Chinese Medicine  Part 3:  The 4 R’s to Gut Healing:  Removal (Step 1)   Part 5:  Real Food 101  Part 6: Autoimmune Paleo Protocol for Leaky Gut  Part 7: The 4 R’s to Gut Healing: Replacement (Step 2)  Part 8: Reinoculation Phase for Healing Leaky Gut  Part 9: Repair Phase for Healing Leaky Gut  Part 10: Challenges of Going Through Dietary Changes and How To Succeed  Part 11: Raising Kids with Healthy Cravings   and Part 12: Leaky Gut: Tying It All Together

Many individuals are still not aware that the food they are eating and feeding to their kids has a strong impact on their behavior as well as mental and physical symptoms.  It goes far beyond simply having “too much sugar”.  Minute amounts of food coloring, artificial flavorings, preservatives, and other food additives are known to cause the following conditions in susceptible individuals:

Chemically sensitive children and adults alike may seem like they “have a short fuse” when they are exposed to environmental toxins and food additives. Paying close attention to the ingredients in foods can prevent angry outbursts and other behavior-related symptoms.

The Feingold Diet dates all the way back to the 1960’s when Dr. Feingold began to link diet with behavior. At that time, conventional doctors believed that some children (usually boys) were just naturally hyperactive. Any parent who has seen their child’s behavior transform when using the Feingold Diet can attest that the old conventional medical wisdom was just not accurate. Now most conventional medical doctors have revised their beliefs about the connection between diet and behavior.

Medications for ADHD were not typically prescribed for children because these medications are amphetamines. It was also believed that dietary change was the best method of treatment. Beginning in the 1990’s, however, stimulants such as Ritalin and Adderall entered the mainstream and were prescribed with little thought about addiction and side effects.

For parents seeking Oriental Medicine and other natural therapies, the amphetamine route to treating ADHD is definitely not their first choice! I strongly advise you to try the Feingold Diet, which eliminates any foods containing:

It’s true that food additives are not new to the food supply, but cases of ADHD and other behavioral problems have been on the rise. However, in the 1960’s, children did not consume food additives at each meal or even on a daily basis. They might have eaten the occasional lollipop or cupcake with red sprinkles only at birthday parties or the occasional trip to town for a special occasion. Today, children are getting a dose of food additives for breakfast in their Pop-Tarts or breakfast cereal, in their Sunny-D orange beverage, and during snack time at school in the form of a cookie or donut. Then at lunch, they eat nitrites in their lunch meat, preservatives and dough conditions in their sandwich bread, and MSG in their bag of chips. Finally, at home for their “home-cooked” meal of the day, they may have vegetables with artificially-flavored margarine, rice laced with an artificial seasoning, and fish that has been preserved with TBHQ. What may seem like a healthy dinner at a glance could be a behavioral outburst just waiting to happen.

Your first step towards having a “new” child by tomorrow is to read all ingredient labels before you buy anything at the store (even vitamins and over-the-counter medicines). If there’s an ingredient you’re not sure about, don’t buy the product until you find out more about that “questionable” ingredient. If an ingredient sounds like a chemical name instead of a food, a good rule of thumb is that it’s probably not something you want to feed yourself or your child.

Here is a very educational video from the Feingold institute that illustrates how pervasive and toxic processed foods, preservatives, and food colorings are for children today.

Next up in this series: how to transition to a Real Food diet.